A Pure Palate > About Sarah Blair 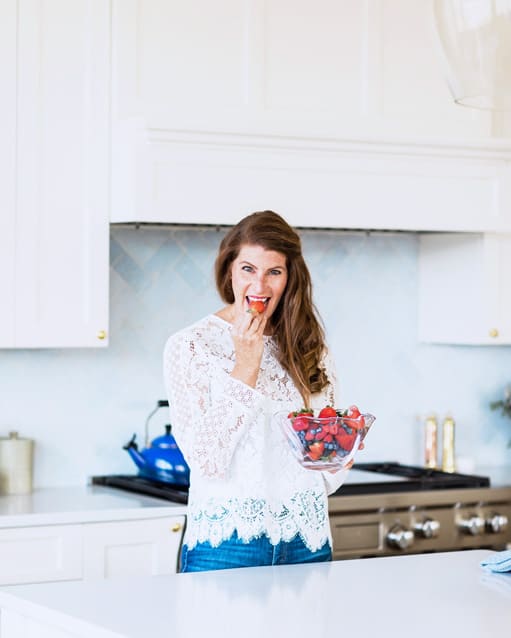 Hello, Friends! Welcome to Pure Palate! I’m Sarah, a chef, culinary producer, food stylist, wellness enthusiast, fitness addict, beauty devotee, world traveler, and artistic creator. I live on the beach in Southern California but have rugged New England mountain roots. My main squeeze is all things purely edible, but I’m forever curating my most authentic self. I never shy away from a glorious bowl of heavenly pasta or a decadent chocolate molten cake, but I devour in moderation. I always hustle harder, live passionately, brighter and bolder, and welcome life’s experiences. I’m forever a work in progress. 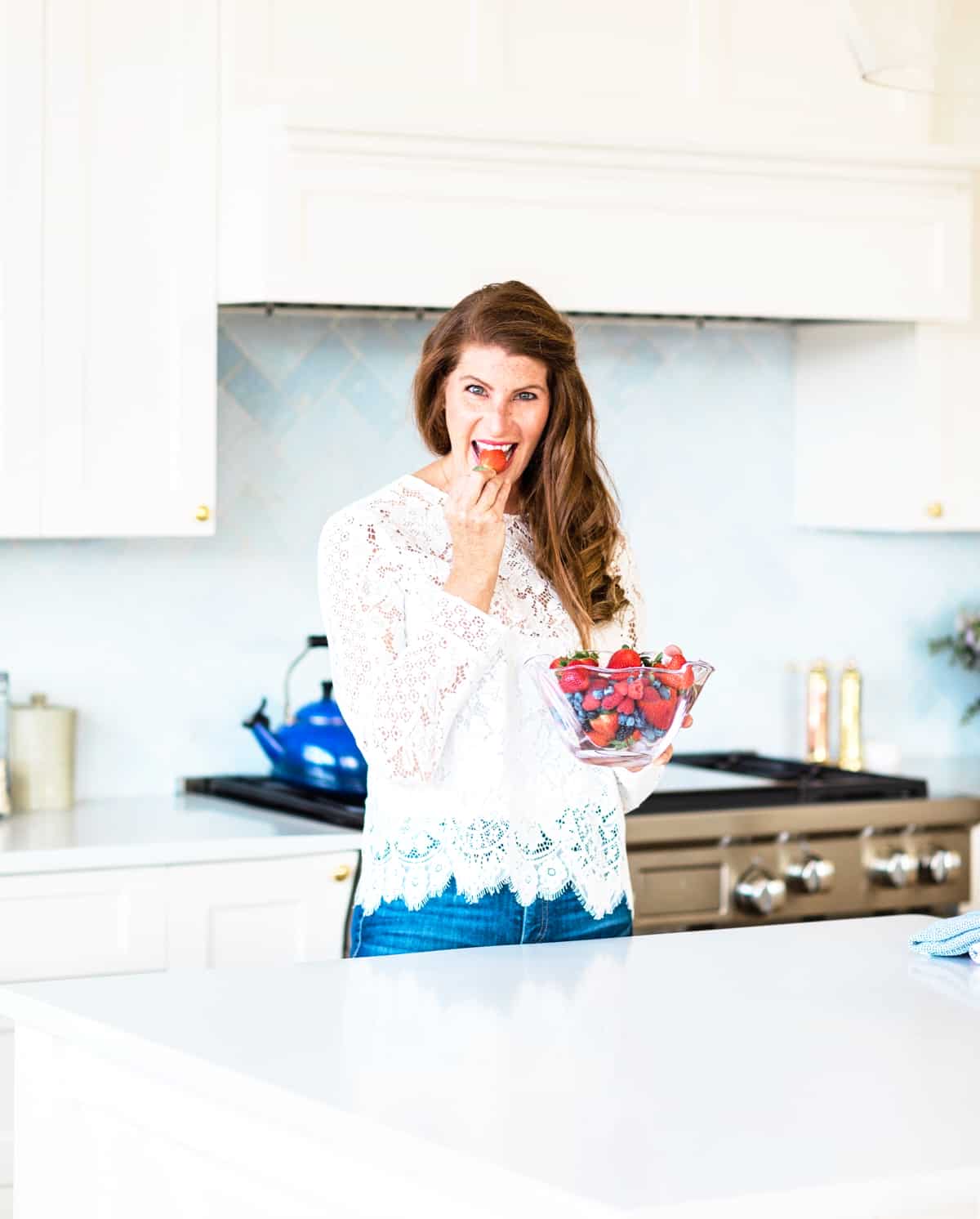 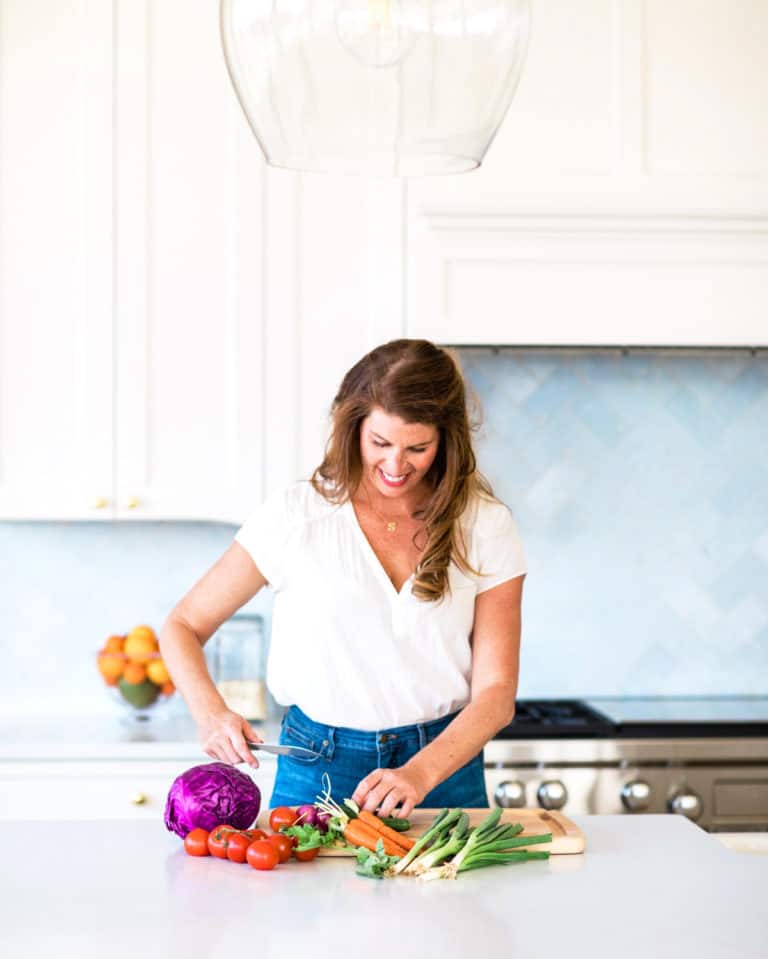 MY YEARS IN THE CULINARY PLAYGROUND

I have a picture of myself at eight months snacking on a broccoli floret. At nine, I remember adding “zhuzh” to my top ramen with spoonful’s of toasted sesame oil and silky strands of beaten egg. Pita pizzas with assorted toppings (like artichoke hearts and red onion) were my main-stay after school snack. In college, I was devouring homemade seaweed salad, while my roommates were ordering Dominos and brownies. More times than I should admit, I found myself fastidiously researching the locations of the ultimate breakfast burritos. My adult years have been romping and chomping my way through the island of Manhattan and surrounding boroughs, saving locales and hot spots like a dotted treasure map. As I crossed the country doing food production gigs, my list became more expansive. Let me know if you want to join me in a Little Tokyo dumpling dive, Koreatown Bibimbap bop, or East LA taco trek??…I’m hungry for it all!  I’m forever eating, cooking, thinking, walking, talking, dreaming, and living food! 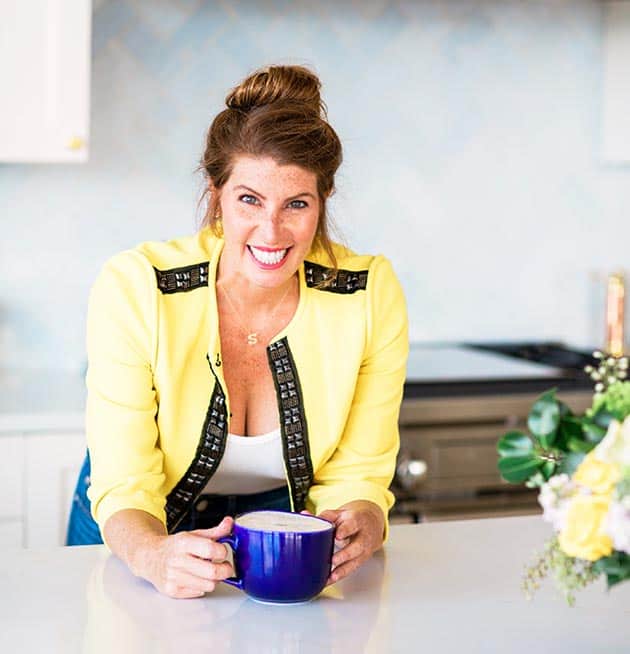 HOW I STAY GROUNDED IN SIMPLICITY

My parents were responsible for “harnessing my chi”, well before I even knew what my chi would become. They are genuine ‘green thumbs’ who take serious pride in our 20-acre piece of NH-hilled heaven. They curated “Camp Blair” by putting in a tennis court, making a man-made swimming pond with a floating dock, erecting an octagonal treehouse, and cultivating an immaculately groomed vegetable garden lined with fruit trees and berries. Our property was my playground. I can still remember swimming to the dock and lying there out of breath with the sun hitting my face and the breeze sweeping over my body and thinking, “there’s nowhere else I’d rather be.” To this day, whether I’m in the country or bustling city, I try to be present, happy, and grateful. (However, I’m not going to lie; sometimes it’s hard to reign in all the energy I have. I’m constantly thinking about my next meal, run, swim, and adventure. I’ll continue to work on it:) 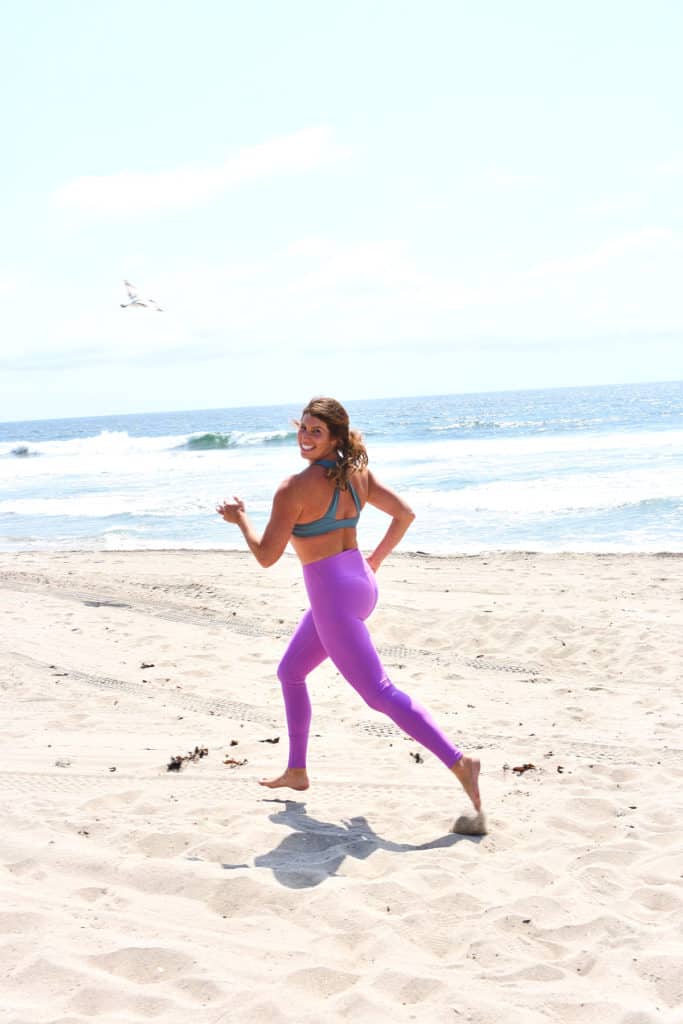 Outdoor exploration and activity have always been, and will always be, my jam!  In my youth, I was tackling rigorous hikes in the Presidential peaks, kayaking through rapids, swimming in lakes and rivers, biking through quaint countrysides, nordic skiing in our backyard, and snowboarding at local resorts. I’ve always been a STRONG “jack of all trades” athlete, but SUPER-PRO master of none. However, you can always count on me giving more than my 100%, being wickedly fearless!! The past couple of years, I’ve added surfing and SUPing to my athletic list (after several month-long surf expeditions through Costa Rica and Nicaragua) and now proficiently “ride the stoke” at my home break in Manhattan Beach. I’m constantly pushing myself to run longer, swim harder, and hike faster even in blizzards, wind, ice, and snow (remember the fearless part above). I thrive and live for a challenge! I forever hear my dad’s famous saying, “Hey, anyone can stay home and watch tv.” 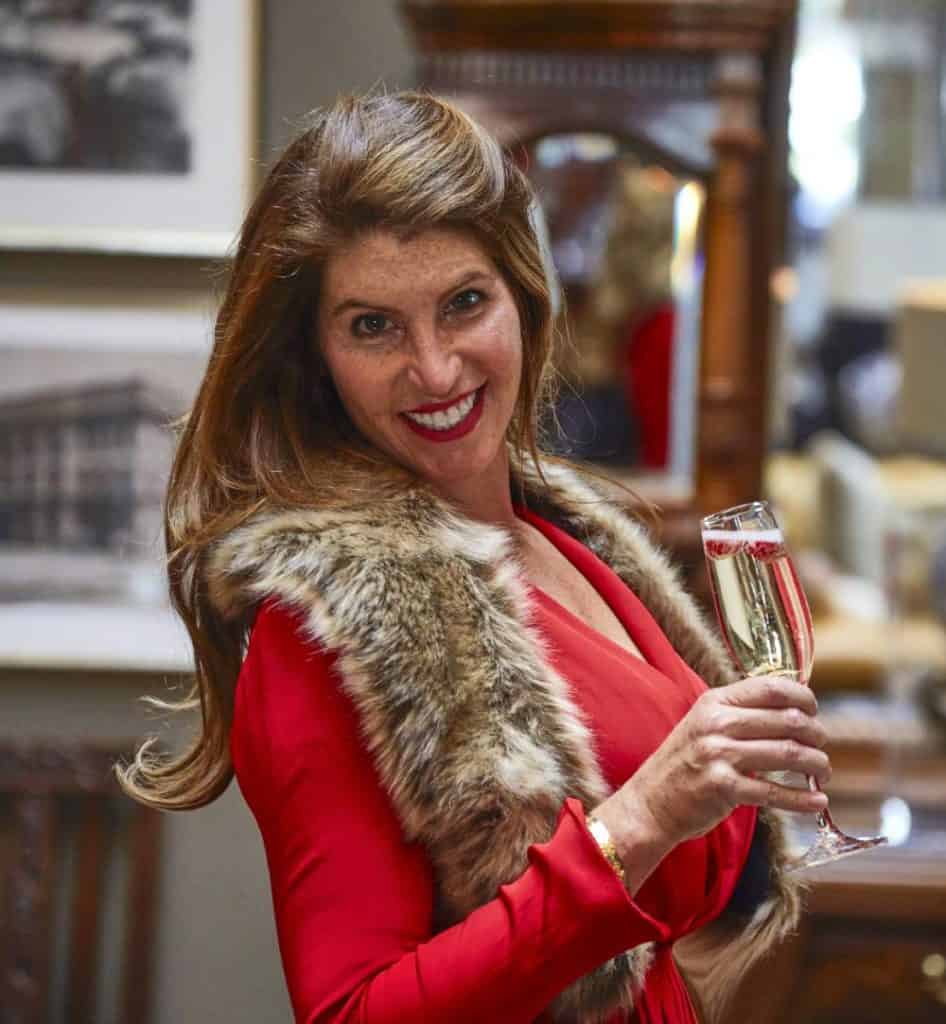 How I Indulge in Self-Care

I had no idea that my 7th-grade science fair project would forecast my clutch in the beauty sphere. “Your Skin in the Sun” was a huge hit, as I  made an entire product line of organic and pure creams, tinctures, and toners (fitted with premium watercolor packaging…I might add). I was always concocting facemasks and also had a substantial lotion collection. Honestly, I haven’t changed a bit. You can still find me experimenting and formulating my own lines, doing my research, and nurturing my skin to promote my best and most confident self. I should really resurrect that 7th-grade product line…Pure Palate beauty coming to you in the future! 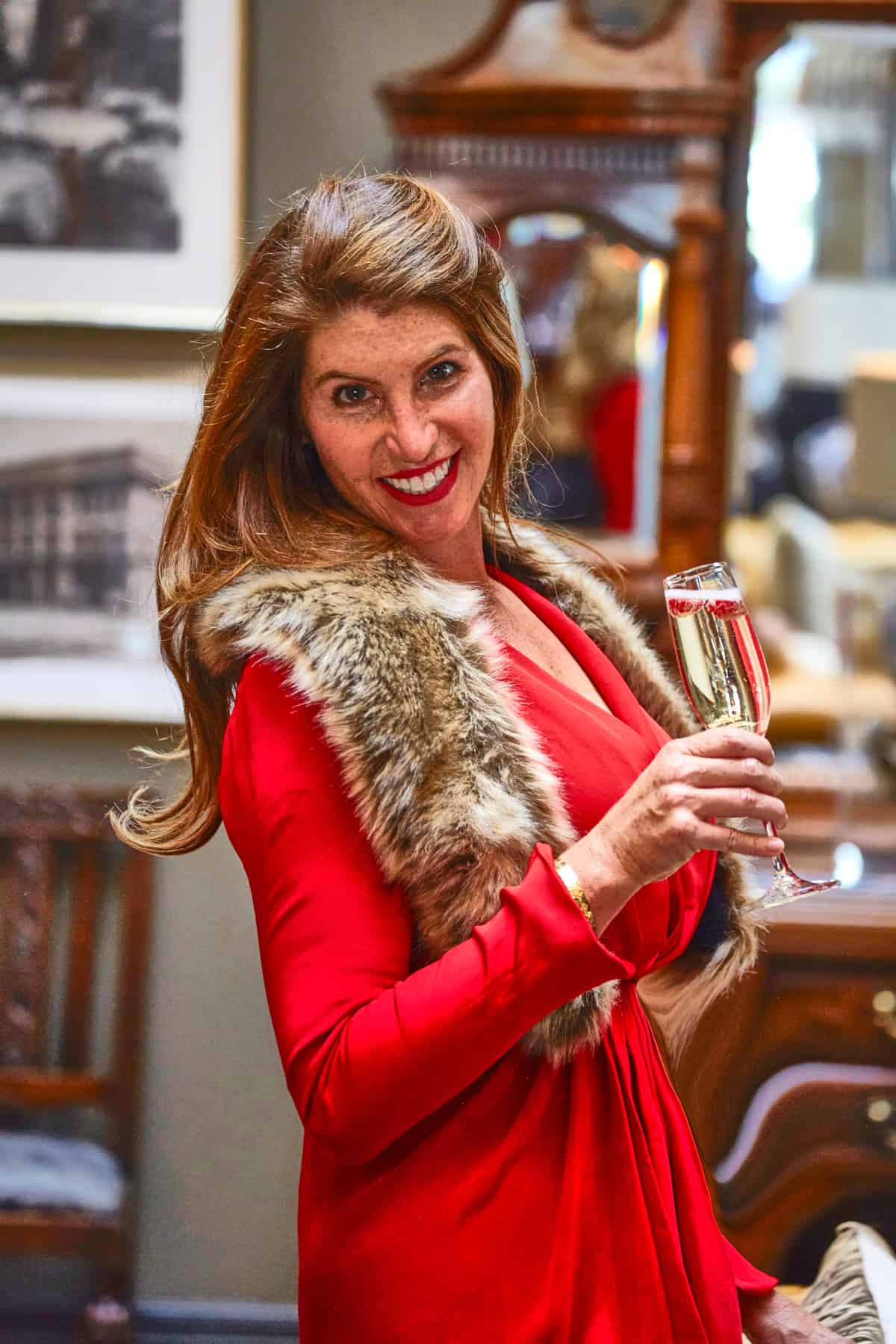 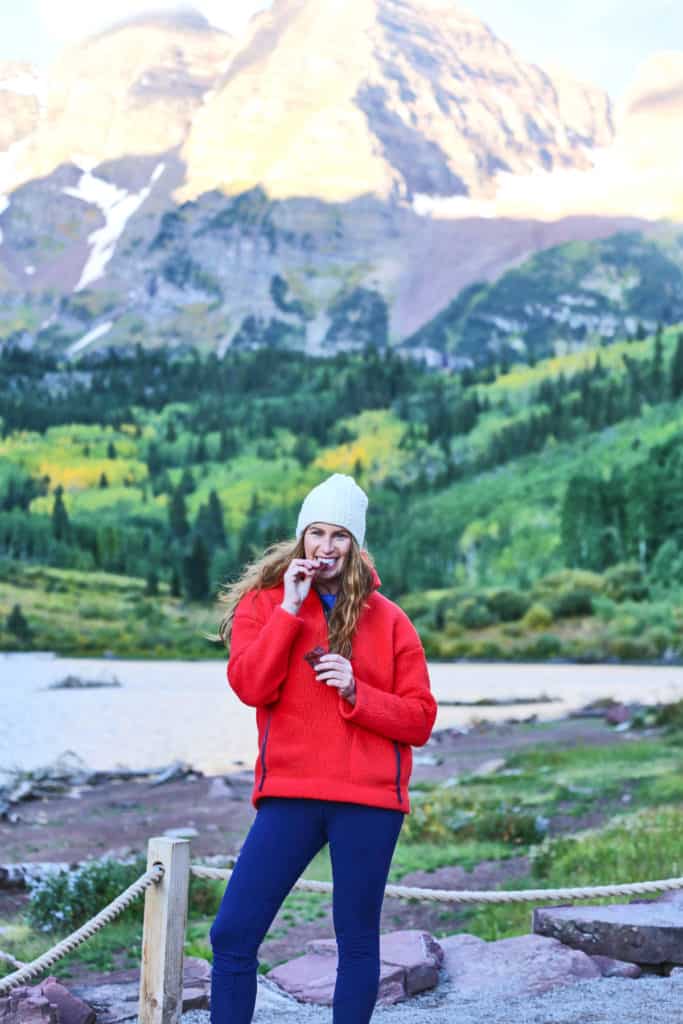 My wanderlust started young and has carried me well into adulthood. I remember our annual visits to a remote fishing village in Jamaica. I can still smell the fried plantain and johnnycakes with guava jelly we used to make for breakfast. For so many years, we perched our tent above sand dunes, lakes, and oceans. As a sophomore at The University of Santa Barbara, I went on Semester at Sea. We circumnavigated the globe, visiting ten countries. I remember first entering a Japanese Ryokan and tasting my first pot of Sukiyaki while sitting crossed-legged on the floor in my white kimono and slippers. Backpacking through Europe two years later,  I was diving into massive pans of Paella in Spain, eating eclairs and croissants throughout the neighborhoods in Paris, and reveling in Oktoberfest in Munich with beers and brats. At 25, I led culinary tours through Europe for one year. I set up a cook tent on the Black Sea in Bulgaria and breakdanced for my passengers until they finished all my pasta. We had Greek Olympics on the island of Corfu while sipping ouzo in white togas on the sand. As an adult, I’ve romped around South East Asia, sipping on coconuts and sailing around Thai islands on a Long Tail Boat. A girlfriend and I drove a camper van through Iceland’s lush green hillsides and crystal glaciers as we soaked in hot springs and snacked on cured moose meat. I clearly live for adventure! 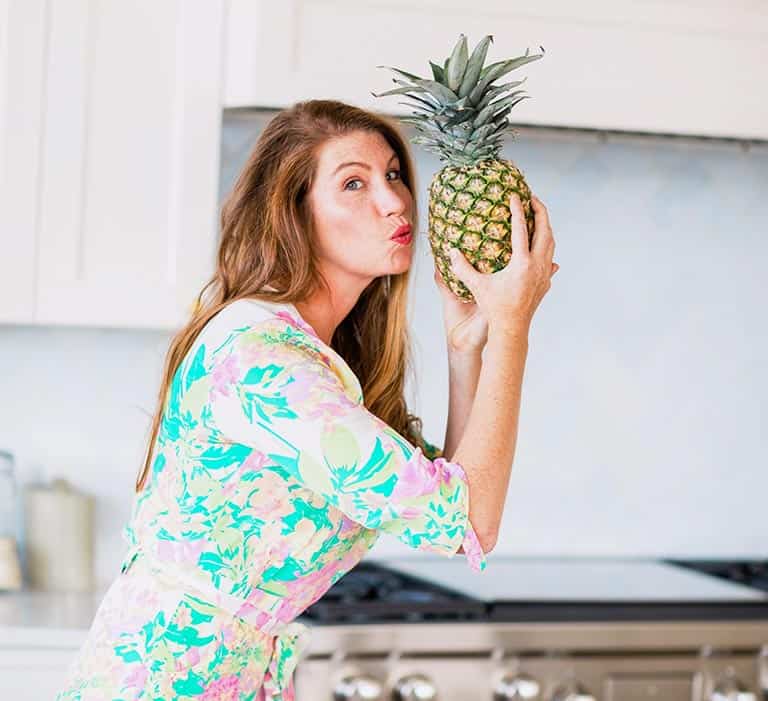 I took watercolor workshops with an artist friend when I was young and have been driven to create ever since. I remember sitting in a Vermont field trying to capture the autumnal hues, ombre leaves transitioning from gold to amber and into crimson and carmine. I have experimented with different artistic mediums throughout the years. I’ve taught myself layering techniques and bold brushstrokes of oils and acrylics, layered textiles, and was a mighty collager:) I’ve been fortunate enough to take these artistic conceptions and shape them into a career as a Food Stylist and Culinary Producer. For every food photoshoot, magazine spread, or food television show I produce, I make a vision board and collect my linens, plates, props, and ingredients to construct one total vision. I love assessing colors, textures, and shapes like they are globs of paint bleeding together on a palette. What colors can I combine? How will they complement each other? Which ingredients do I want to pop? My watercolor infatuation will forever be sweeping through my mind. Check out my paintings that sweep through these pages. 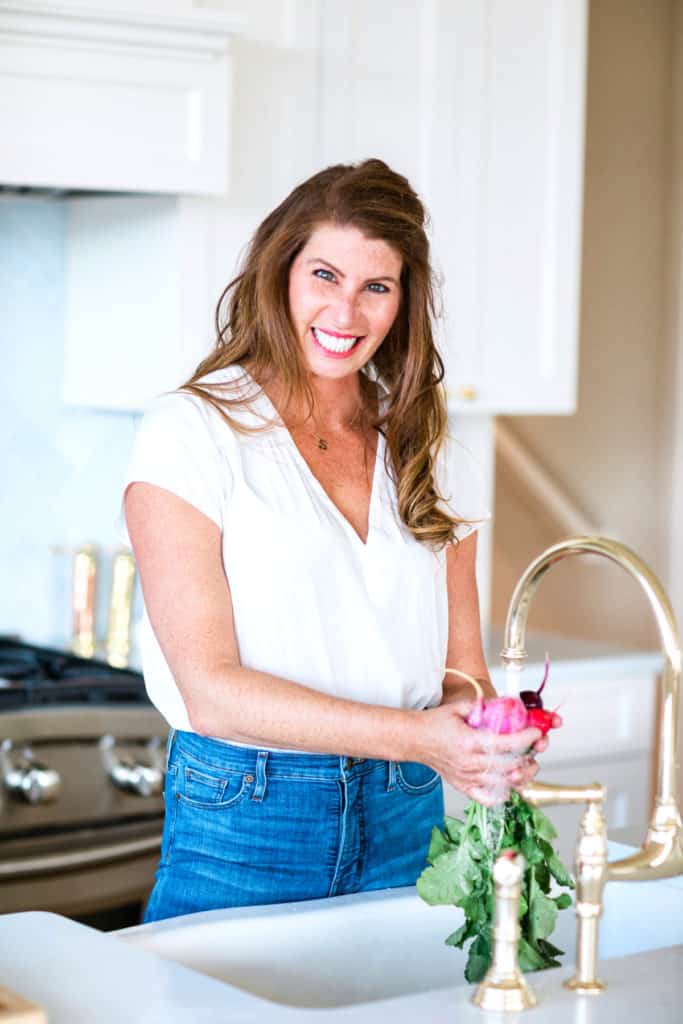 Professionally, I was destined for food! While in college, at the University of California, Santa Barbara, I decided I wanted to work at Food Network in NYC. After attending  The French Culinary Institute (now called International Culinary Center), I was lucky enough to land an internship there. I spent the next six months interning with the team, working on everything from the magazine to tv shows, commercials, client dinners, recipe testing, photoshoots, and beyond. After the internship, my mentors urged me to “work behind the line” at a restaurant to become a better and more proficient chef.

I secured a spot at Lupa, a famous Mario Batali Osteria, and worked long and tiring hours with mostly males for two years. I remember tightening my bandana, prepping myself at 4:30 pm on Friday and Saturday nights, slowly breathing and harnessing my power like I was going into battle. The speed, energy, and 60,70, sometimes 80 hour weeks had their fire, fury, and grace. Years later, I’m now able to appreciate the beauty of the mechanical movements you achieve with a speedy three-point pivot in small spaces. I had plates thrown at my feet, tempers exploding in my ears, and feet so tired that I could barely move on my days off. It was madness! Now, I can be proud of the sweat, tears, and burns. I wouldn’t have changed it for the world.

For the past 15 years, I’ve honed my skills as a bi-coastal freelance Food Stylist and Senior Culinary Producer. I’ve worked with the top celebrity chefs and talent on such projects as “Iron Chef America,” “The Chew,” “Chopped,” “The Best Thing I Ever Ate,” “Hungry History,” Rachel; Ray’s 30 Minute Meals”, “Brunch with Bobby,” “Cooking for Real,” and more. I’ve Culinary Produced: “The Final Table,” “Nailed it,” “Bar Rescue,” “BBQ Pitmasters,” “The Next Great Baker,” and worked with various networks such as The Food Network, Netflix, Bravo, TLC, ABC, CBS, SPIKE, FOX, The History Channel, and Destination America. 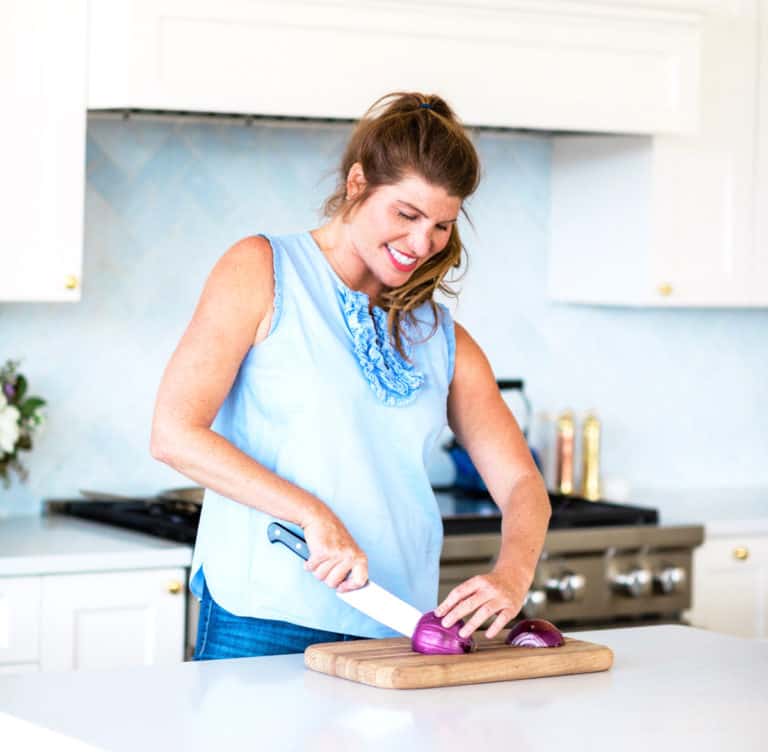 My Work. My WOW

After having lived over a decade living in NYC, it was time for me to spread my wings and move to the sunny Pacific shores of Manhattan Beach. Here in Cali, I eat a large salad every day in a giant bowl. I have my greatest sense of clarity when I’m outside with the sun on my freckled face and a fresh breeze in the air. I exercise EVERY day and am my best self when I go to bed tired. My family calls me Goldie because of my “teeny-tiny tans,” and I have about seven sunscreens and moisturizers on constant rotation. I crave ethnic food and feel like 80 percent of my thoughts revolve around dumplings and noodles and, more specifically, those times I ate them throughout Asia. I hardly ever wear black and I’m always looking to add a splash of color wherever I go. This is me, this is Pure Palate. 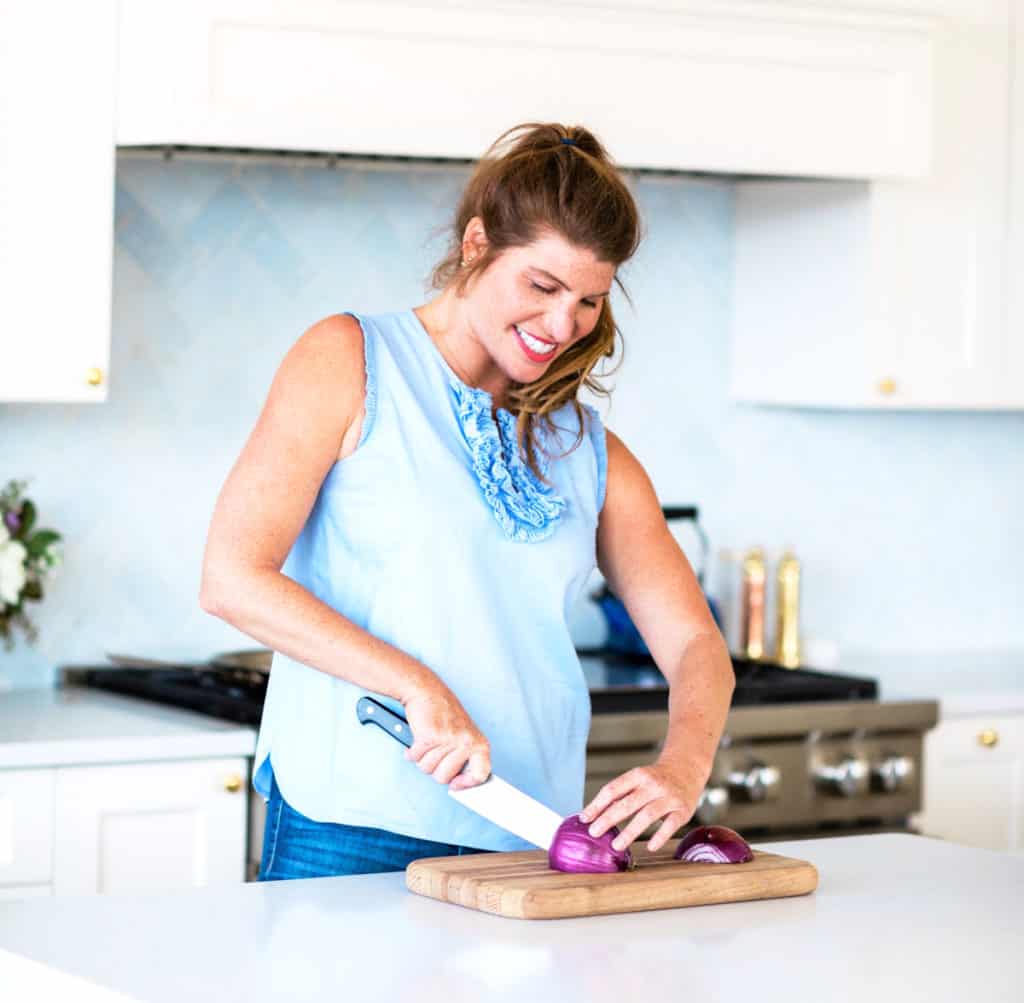 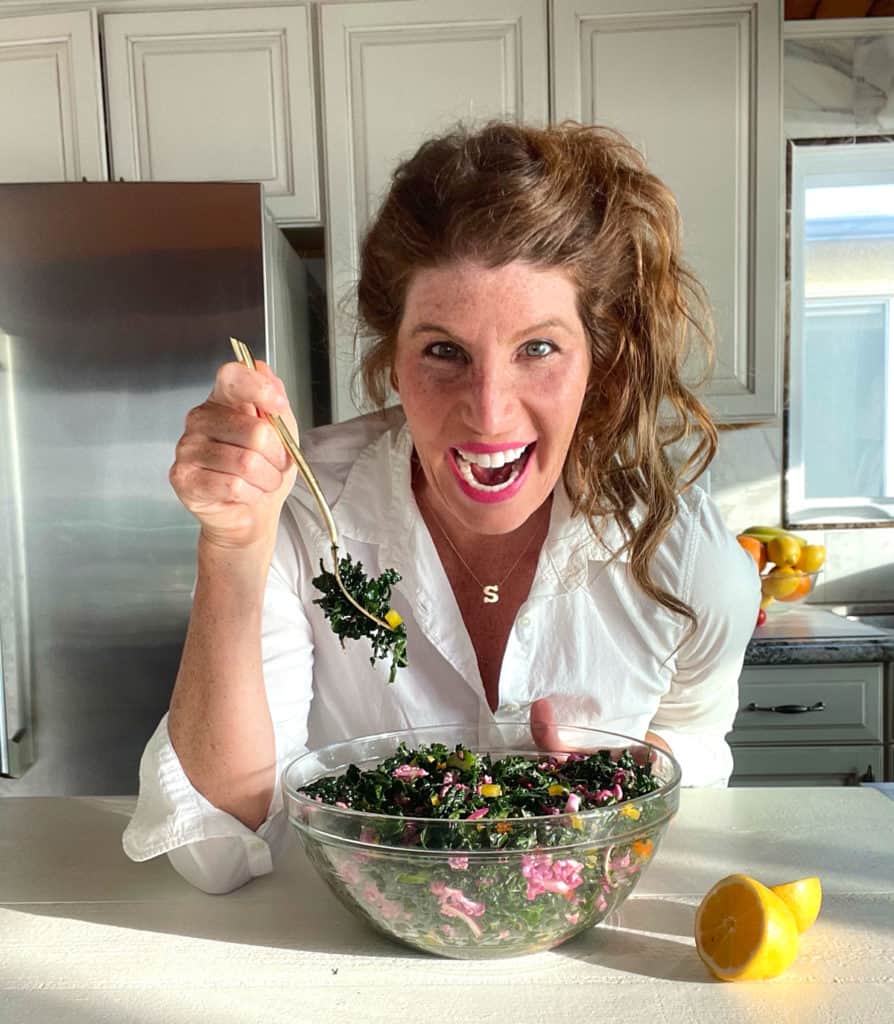